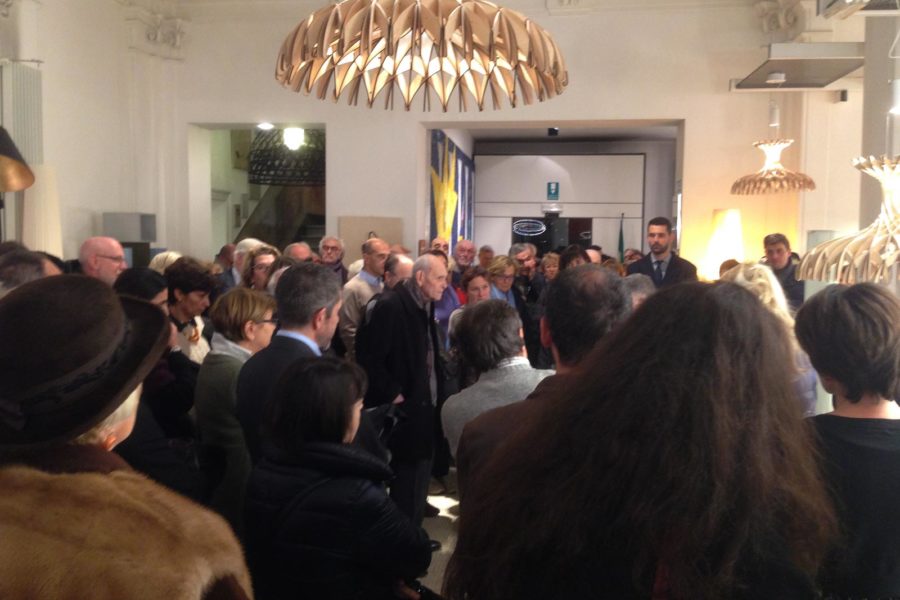 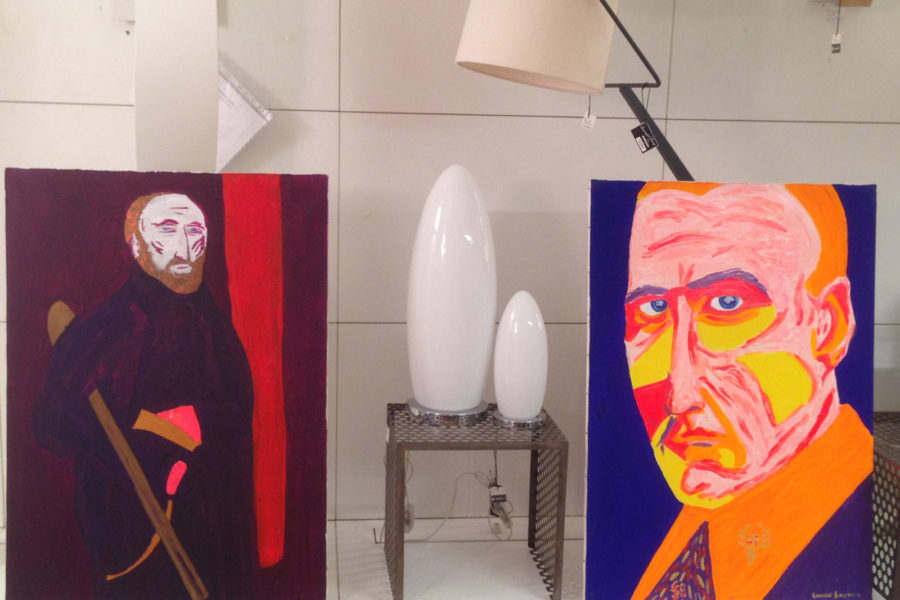 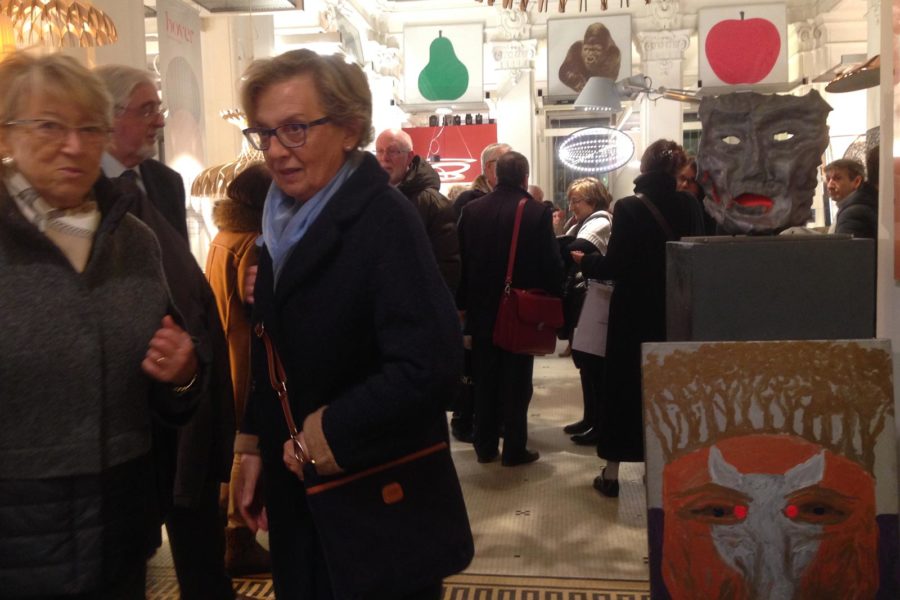 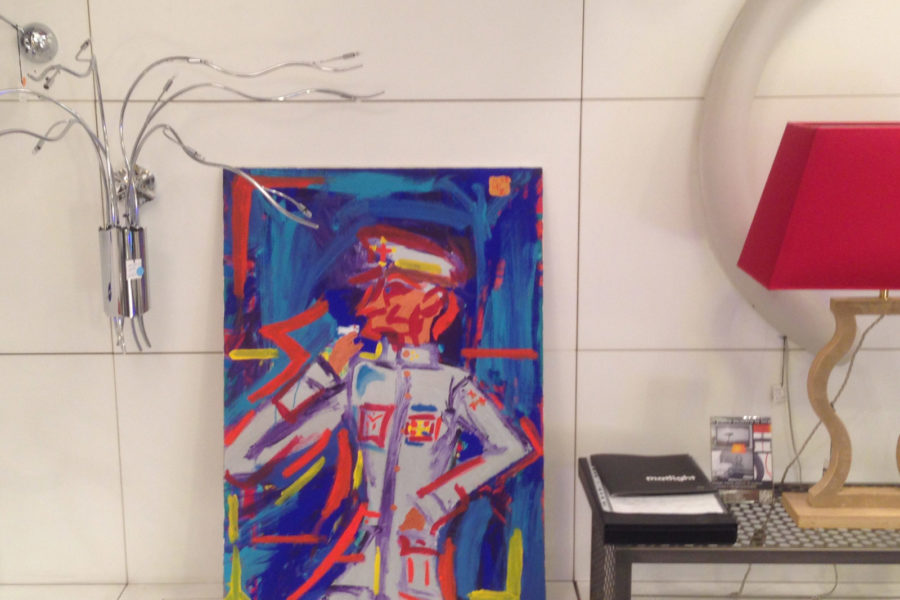 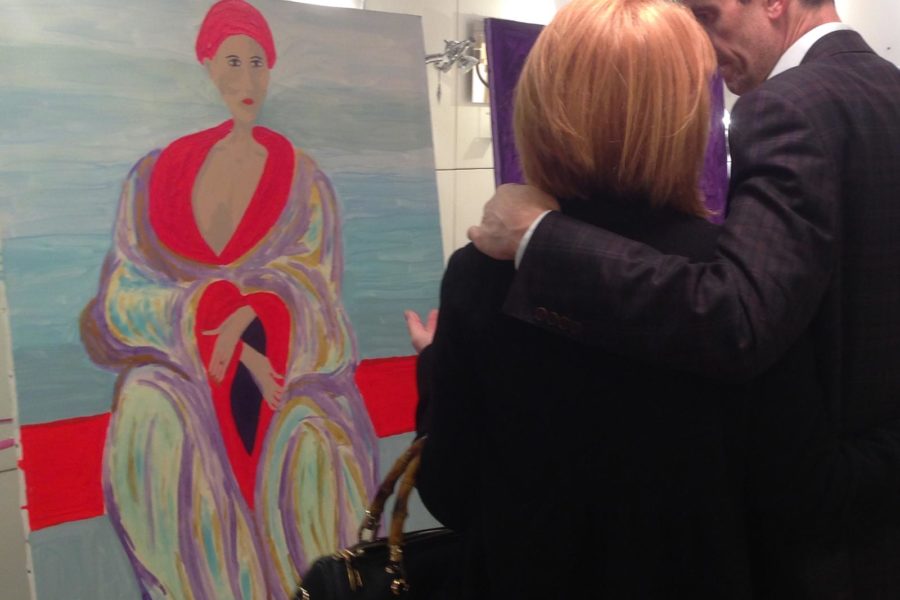 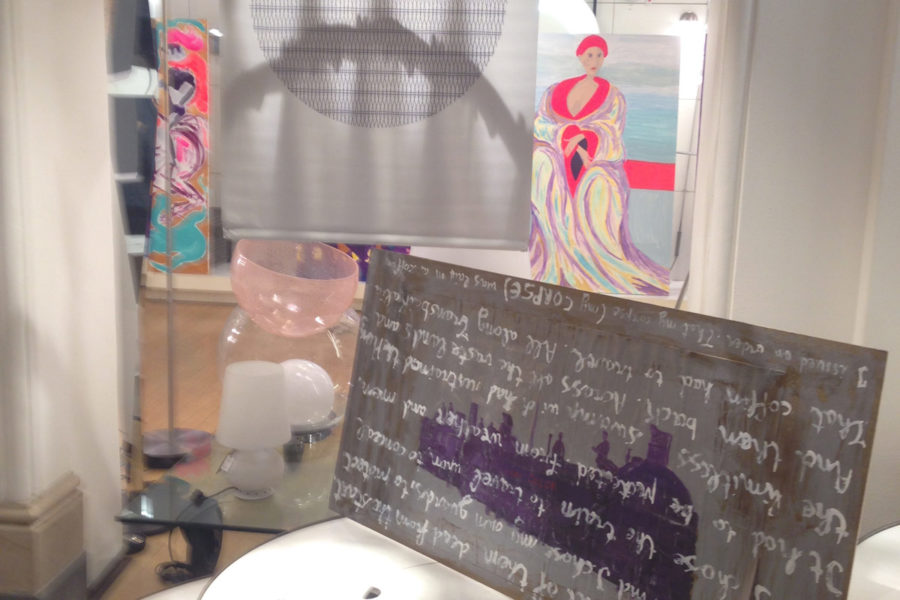 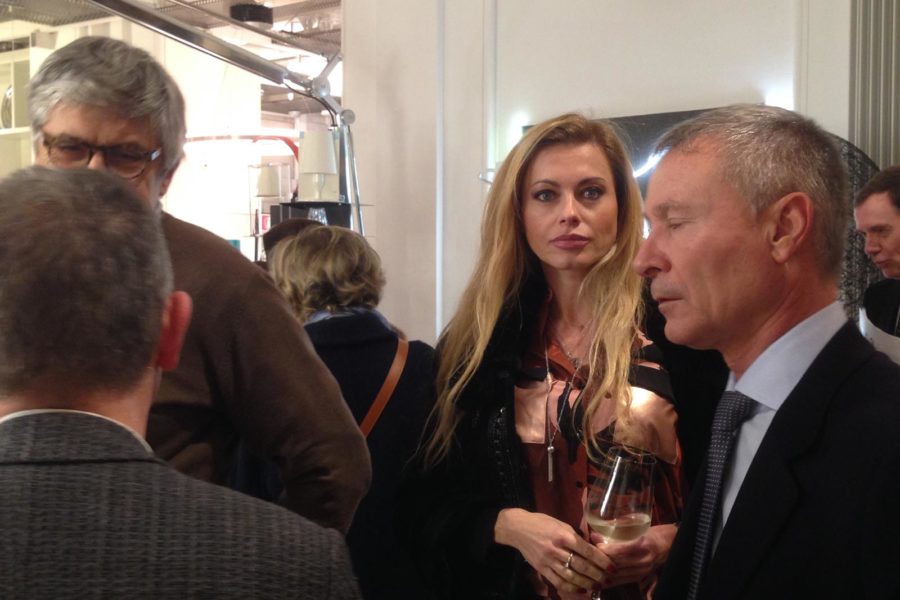 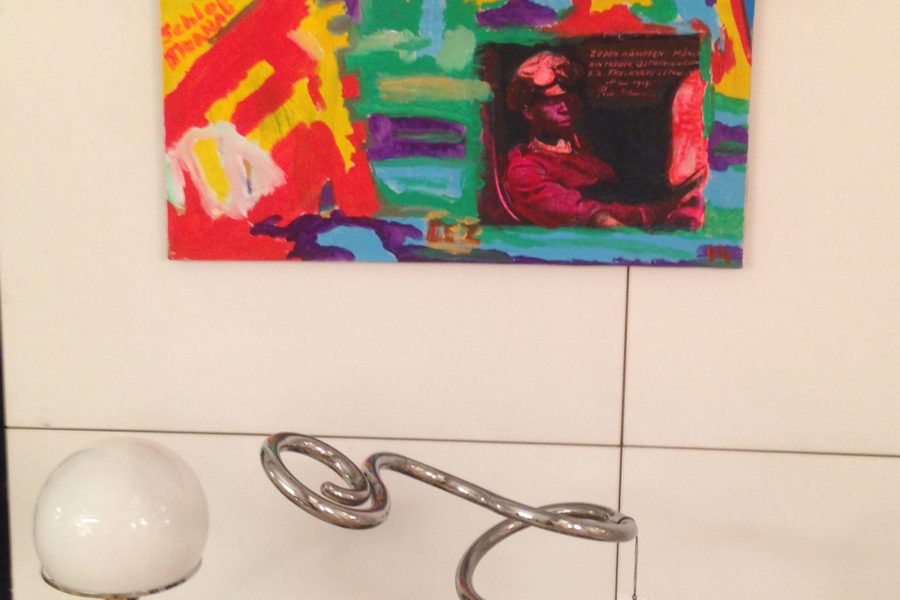 Varnishing day for Hans. A gallery, downtown Milan. Large paintings hanging from whitewashed walls. The long red hood of a vintage sports car, a couple tight in their kiss, palm trees and sky as the background. A conversation in a bar at night, all the neon signs on, their reflections, their hues projected on hairdos, on eyes, expressions and bodies.

Plenty of pretty people inside, critics, rival painters, some friends, some hotshots too. The galleries popping champagne bottles at his table, then leaping enthusiastically from a circle to another. Isolated, glimpsing indifferently at tuxedoes and space invaders, in a lonesome corner, Hans keeping to himself. Silent, he reaches for his Camel cigarette box, he pulls one, lights it.

The pretty young lady in her Prada attire comes by, She feels forced to recall the inelegant unknown, that smoking is not allowed in a gallery. The paintings, you don’t care for artworks, so fragile they are. Unbelievable. Young lady staring at his shabby clothing, No words to say, Hans understands that artists have to be social, to be presentable, as factory owners are. Artists can’t skip the judgement, like anybody else.

If they happen to be successful, pretty young ladies like that one may sometimes concede themselves, maybe later tell their intimate friend how is it sleeping with an artist (a male as many others, the experienced friend would comment). Hans eludes definition, after a while – the vernissage party still going on – some hands shaken at random, helpless facing the optimism of the gallerist, he steps out on the sidewalk.

Out there, in the haze of the autumn evening, their contours slightly indistinct, passers by, just next to him a bended old lady carrying a heavy grocery bag. From outside, Hans looks into the gallery, as if he was a complete stranger to the show going on. He sees the lights, the tuxedoes, the colorful paintings, their charming subjects. Hans extinguishes the cigarette butt on the tarmac, the pretty young lady arm in arm with a notorious stock shark, he talking money to her, art as an investment maybe, the galleries pouring champagne again and again. Because his paintings are dreams and you cannot tell dreams, nor live them, Hans quits the gallery, earlier than agreed, to the gallerist’s amazement, he faking upset.

Conversations will go on anyway, Hans heading back home as commuters do, a man with thick lenses deep into a magazine by his side, Hans decides. To stay in rows just to negate their existence. Six months later Hans opens a bookstore in Munich. 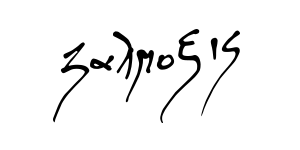 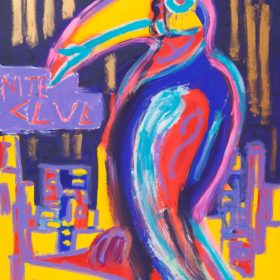 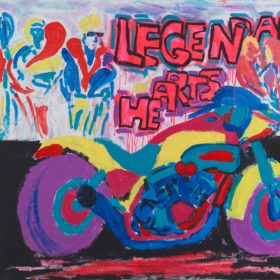 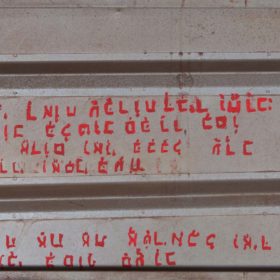